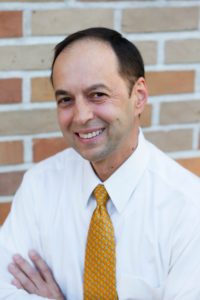 Dr. Gomes holds a Doctorate of Musical Arts degree in conducting from the University of Houston where he studied with Dr. Charles Hausmann, and a Master of Music degree from Boston University where he received the Departmental Honor Award for outstanding achievement under the tutelage of Dr. Ann Howard Jones, David Hoose, Craig Smith and Joseph Flummerfelt.

Dr. Gomes was born in Brazil, and has conducted in his country as well as in Italy and the United States. In 1992, he received a second prize on the Premio Vicenzo Valenti conducting the orchestra and choir Josquino Salépico in Molffetta City, Italy. As a performer, Dr. Gomes advocates for a cappella choral music and choral/orchestral works, and his research interests focus on Brazilian colonial music.

In the 2019-2020 season, she will be performing at the Salzburg Dome in Austria, Musikverein in Vienna, Austria, Münster University in Germany, Carnegie Hall in New York City, and Busan Cultural Center and Seoul Arts Center in S. Korea.

Dr. Hong has previously served on the piano faculty of the Korea National University of Arts in S. Korea, Brandon University in Canada, and the University of Nebraska in the U.S. A popular clinician and adjudicator, she has presented masterclasses throughout the U.S., Canada, S. Korea, and China. Her students are consistently top prizewinners at major regional, provincial, and national Canadian, Korean, and U.S. competitions such as MTNA, NMTA, American Protege International Competition, Tokyo International Competition, and Korea Chopin Competition.